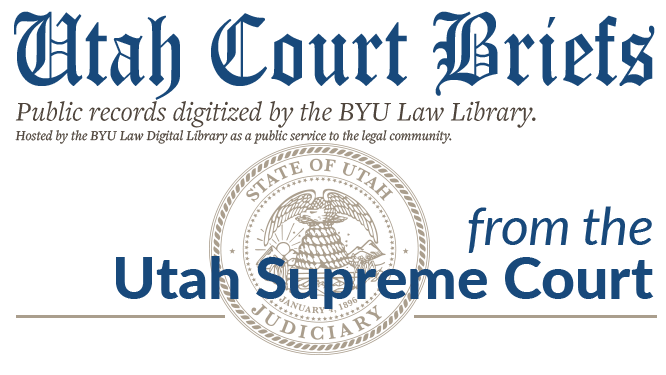 Eric T. Young, a minor, by and through Pricilla Young, his general guardian and guardian-as-litem, and Pricilla Young, individually v. Salt Lake City School District and John Does 1-20, (dismissed defendants removed from caption) : Brief of Appellant

Appeal to the Utah Supreme Court from the decision of the Third District Court.